My insurance approval finally came through, so last week I went to Dallas for my initial proton therapy simulation.  The Texas Center for Proton Therapy is supposed to be the best; the medical director was a trailblazer in proton therapy at MD Anderson, and he has the same full name as my ex-boyfriend (I'm not sure if that's a good or a bad omen.)

So what exactly is proton therapy?  I'll let Jeff explain it in the comment section, but here are some fun facts I stole from their website:

"Proton therapy is delivered through a cyclotron, a magnet-packed particle accelerator.  It weighs 220 tons, more than seven school buses.  The cyclotron is surrounded by walls up to 12 feet thick and by a ceiling up to 10 feet thick.  Proton particles accelerate through a 143-foot beamline – nearly half the length of a football field – as they travel from the cyclotron to the patient’s tumor with pinpoint accuracy."

Note to self: stay very still.

Instead of using tattoos to line me up, the proton therapy technicians drew on my stomach, sides, and left arm with a blue marker and covered the markings with clear stickers.  They also made a custom cushion to help me get into position.  Then I had a CT scan with contrast dye.  The dye makes your mouth tastes like pennies and causes you to panic that you've peed your pants.  It's fun.

The best part of the simulation was wearing virtual reality goggles in order to play a breathing game.  Remember how the standard radiation technicians kept telling me to make my breaths smaller or bigger?  Well, now I get to watch my breathing on a screen and am instructed to hold a breath that hits a certain line.  My heartbeat makes the breathing line wiggly, so I have to predict the average.  It's harder than it sounds, but apparently I was a natural because they jokingly asked if I would lead a teaching clinic for other patients.  In the background, the goggles flash "please relax."  In other words, "whatever you do, don't freak out in the cyclotron!"

I will have ten doses ("fractions") of proton therapy starting Wednesday, October 30th and ending Tuesday, November 12th.  The coordinator at the proton center recommended a hotel within walking distance.  Um, two weeks in a hotel room by myself?  Do they have a minibar?  Movies on demand?  Housekeeping service?  Do I have to wait until the 30th or can I check in today? ... Oh wait, I suppose the kids will miss me.  Okay, I'll drive back every weekend.  And for Halloween.  The proton center won't give a specific appointment time until the day before treatment, but I requested an early time slot so that I can make it back in time for trick-or-treating.  The drive takes roughly 3 to 3.5 hours.  My dad volunteered to drive me to my simulation and back, and I'm glad he did, because we had to drive through rush hour traffic and torrential rain.  At least there were two of us trying to spot the lane lines through the flooding.

In other news, I met with my plastic surgeon in Austin, and he agreed with the Houston surgeon that I'm now a good candidate for DIEP flap reconstruction.  It only took me five months to return to my normal weight after chemo.  Hooray?  Now pass the Halloween candy.  I need to stay at this weight until my DIEP surgery in February.

I've been told that my radiated skin is healing remarkably quickly.  It could be the "skin nectar" that the Houston plastic surgeon recommended.   He may be a weird guy, but I guess he knows what he's talking about.

To compensate for the fact that I may miss actual Halloween, the girls and I have visited every pumpkin farm within 50 miles. 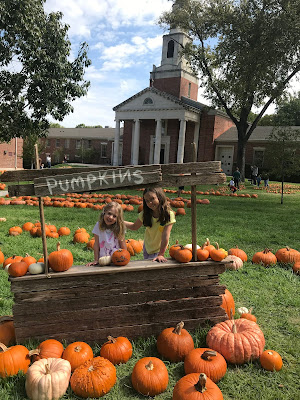 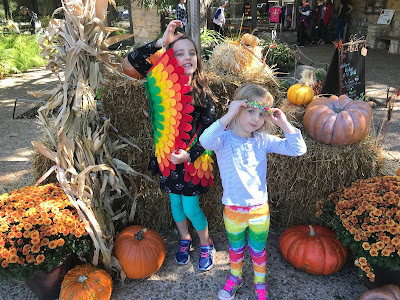 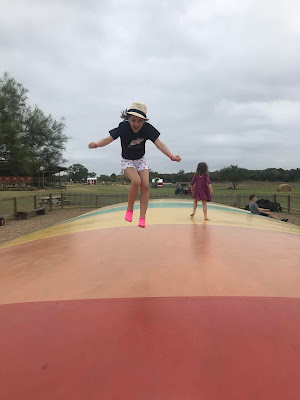 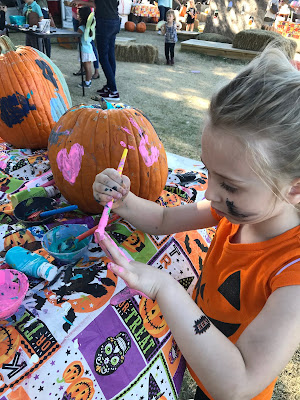 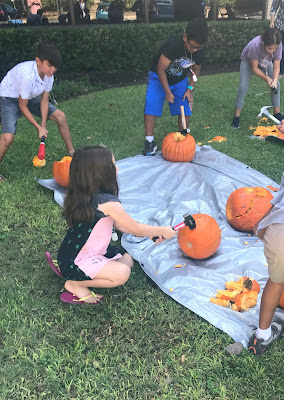 That's Julia smashing a pumpkin with a sledgehammer at Wonders and Worries.  First the kids wrote down things that made them feel stressed or angry on the pumpkin.  The whole exercise looked very satisfying.  I kept asking, "Can Mommy take a swing or two?" but she said no.  I wouldn't have been able to fit my worries on that average-sized pumpkin anyway. 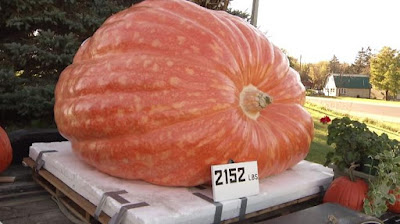