Belated Happy Valentine's Day.  I celebrated by taking Claire to the Wonders and Worries' Hoping Hearts party.  She hit up all the arts and crafts stations.  She made a photo frame, a keychain, and a brown sugar foot scrub that she wanted to eat.  I told her I would rather she eat the foot scrub than all of the Valentine's candy coated in Red #40. 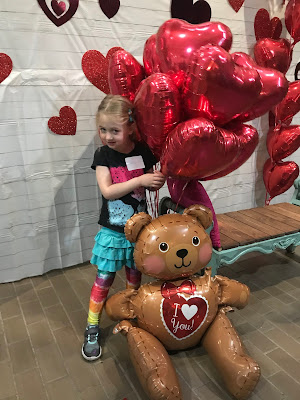 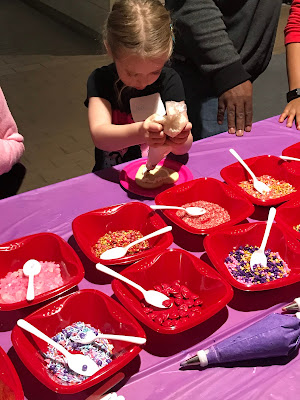 Later that week, I got a whole stack of Valentine's cards from Claire, and she even made Jeff buy me an orchid from Trader Joe's.  So sweet.  💕 Of course it'll be dead within a week.  I can barely keep a succulent alive.  My oncologist has real orchids in her office, and they always look pristine.  Personally, I think she's using the orchids to advertise her ability to keep things alive.  I wonder if she has the orchids replaced as soon as a petal drops. 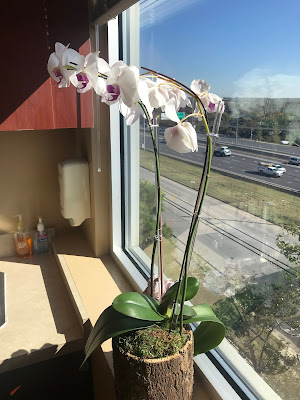 My only romantic plans this week involved watching The Bachelor.  It's the only reality TV show that I allow myself to watch – a total guilty pleasure.  I was in the middle of enjoying my silly show when a commercial came on for IBRANCE (a drug used to treat advanced breast cancer).  The ad featured a gray-haired lady moving her son into his college dorm room.  Awesome, thanks for reminding me how young my children were when I was diagnosed.  This isn't triggering at all.  The next commercial was for Birds of Prey, with Harley Quinn chopping off her pigtail, and suddenly I was having a flashback to cutting off my own hair with a dull pair of scissors.  Apparently it's impossible to make it two hours without being reminded of cancer.

But then Jeff and I made cheese fondue, and life was good again.