We had to cancel our annual summer trip to Canada to visit Jeff's family.  The kids were disappointed about not seeing their cousin and Grandma's dog, so we attempted to cheer them up with a two-night trip to Matagorda Beach on the Texas Gulf Coast.  We booked a stay at an Airstream trailer, perfect for social distancing.  When we pulled into the RV Park, Claire immediately said, "I don't like this place."  Julia asked if perhaps there was a Four Seasons resort nearby.  I explained that we were in the middle of nowhere, and there wasn't even a restaurant nearby.

Despite their initial qualms, we had a lovely first day.  Except for when Claire and Jeff got stung by jellyfish. 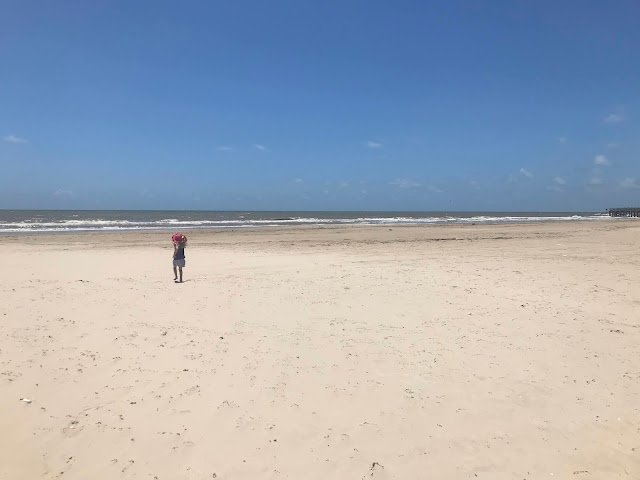 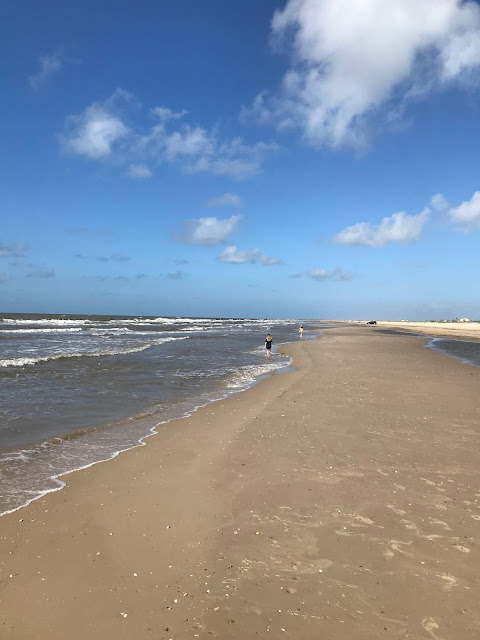 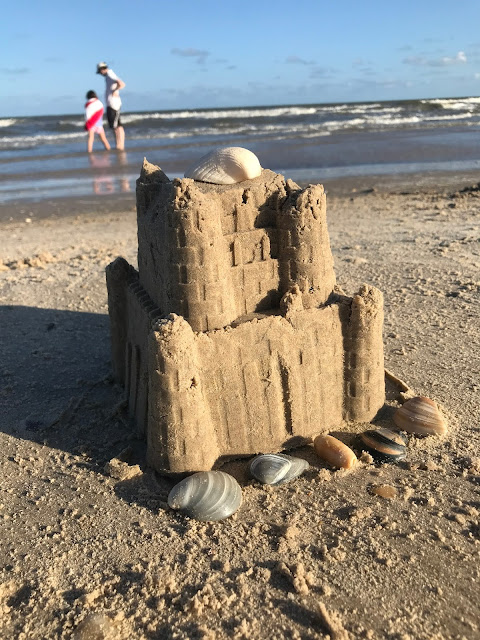 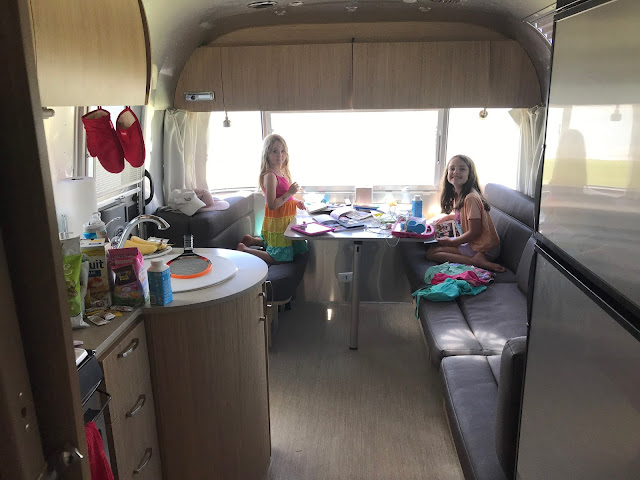 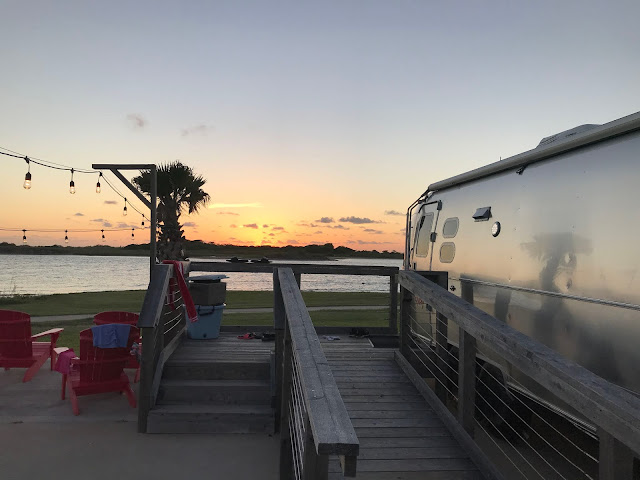 The RV Park is located where the Colorado River meets the Gulf of Mexico and is surrounded by channels and marshes.  I had packed DEET wipes and our electrified mosquito zapper (the "Executioner"), but we didn't see a single mosquito that first night.  We watched the sun set over the river and did some family stargazing.  Jeff and I drank canned margaritas, and I congratulated myself on planning the best trip ever (given COVID limitations).

Day 2 didn't go quite as well.  Claire woke me up at sunrise and threw a tantrum over my failure to pack maple syrup.  I did not react well.  (I practice the let-it-build-until-you-explode method of parenting.)  I was ashamed of losing my temper, and I was starting to feel claustrophobic and kept bumping my head on the trailer door.  But we salvaged the day and collected seashells and went boogie boarding, and for dinner, Jeff grilled burgers. 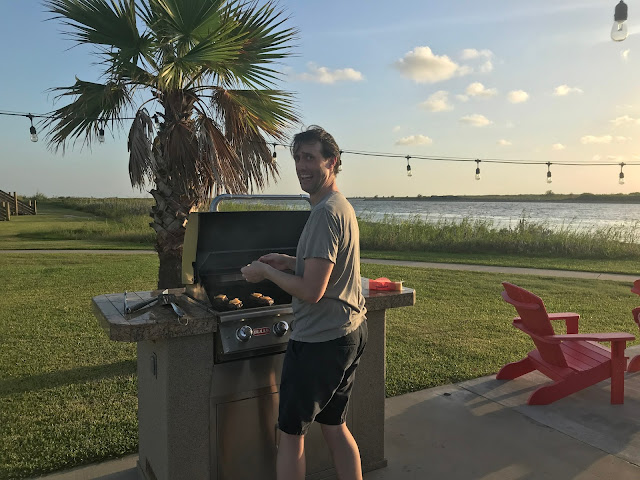 We had just finished roasting marshmallows when the mosquito swarm arrived.  (Did the wind shift?  Did the humidity rise?  I still don't understand.)  We retreated into our trailer, only to discover raw sewage coming up out of the shower drain.  You can imagine how the trailer smelled.  Jeff had noticed standing water in the shower just an hour prior, and he started screaming, "Oh God, I showered in that!"  The kids were pinching their noses and whining about the smell.  I looked at Jeff and said, "Should we bail?" and he responded, "I'll start packing up."  (When it comes to family fun, it's important to know when to throw in the towel.)  Claire went running down the middle of the RV park yelling, "Hurry!  Let's get out of here before the poop explodes!"  Julia and Claire sat in the car while Jeff and I grabbed armfuls of stuff and tossed everything into the trunk.  We felt like criminals escaping into the night.

When we finished packing up and started the car, I realized there were several dozen mosquitoes in the car with us.  I told Julia and Claire to put their heads down while I waved the Executioner around, and mosquito carcasses rained down upon them.

Personally, I think every vacation should end with your children sobbing, "We want to go back to our real home!"  Jeff's family took an RV trip when he was a child, and the RV caught on fire.  I think it's safe to say that our family isn't cut out for RV life.

We made it home shortly after midnight.  Jeff washed his feet seven or eight times while I unpacked the car.  Julia said, "Next time, we should stay at the Four Seasons."  Okay, Julia, you win.